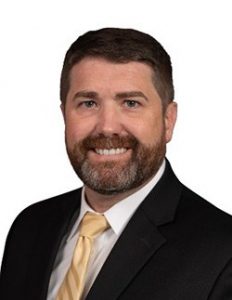 Koltak is a Partner at FGKS Law, where he leads the litigation department and serves as Chief Operating Officer. He is a former Board Chair of the Shelby County United Way. During his time at the United Way, he led the Youth Allocations committee. Koltak also previously served as the Chair of the Sidney-Shelby County Chamber of Commerce and was a board member of the Sidney-Shelby County YMCA and S&H Products. He recently joined the boards of Clear Creek Farm and the Wilson Health Foundation. He also currently serves as chairperson for the Holy Angels Catholic Church Endowment Committee.

Commenting about being campaign chairperson, Koltak states, “There is no better steward of your donated dollars than the Shelby County United Way. Our United Way ensures that the money raised in our Campaign is used to support those groups and programs that reflect the principles of our community. Having served on the United Way Board, as well as on the boards of organizations that received funding, I can attest that the decision of whether to fund a group or program is made judiciously and only after careful vetting. The organizations that qualify for funding are inspiring and do a lot of good for the citizens of Shelby County. It is my honor to work for them this year and lead this campaign.”
Shelby County United Way is celebrating 64 years of serving the community. The 2021 campaign theme is The Spirit of Generosity. The campaign will kick off on September 9th at The Palazzo in Botkins.