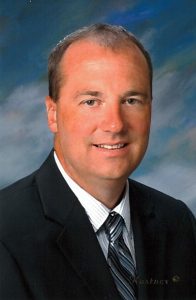 Scott Barr, Shelby County United Way Executive Director, has announced the 2017 Campaign Chair will be Kurt Barhorst. “Kurt is a proven leader that is committed to seeing Shelby County be a great community for all. He has an extensive history of volunteerism and will be a dynamic leader for our 2017 campaign. I look forward to working with him and the campaign team.”  Last year, Kurt chaired the Large Manufacturing Division. He has also volunteered at several agencies that receive funding from the United Way including the Sidney Shelby County YMCA, The Sidney Shelby County Libraries, and the Holy Angels Soup Kitchen.

Commenting about being campaign chairperson, Barhorst states, “One of my favorite quotes is, I always wondered why someone didn’t do something about that, and then I realized I was someone.  Shelby County has a strong tradition of people that step up and give back to our community.  In my opinion, one of the greatest examples of this giving takes place every year in the United Way Campaign.  This year it is my opportunity to help this organization make a difference in the community in which I live.  I’m looking forward to helping them have another successful year.”

Shelby County United Way is celebrating 60 years of serving the committee. The campaign theme is “60 Years of Changing Lives”. The 2017 campaign goal is $1,325,000. This year’s campaign will kick off on September 14th at The Palazzo in Botkins.